I got to become part of a fantastic triathlon team, and have had the immense privilege to become a brand ambassador to help me in the journey.

Zell-am-See wasn’t the easiest place to get to but it was definitely worth the trip. I believe the photos spoke for themselves.

I was aiming for a personal best given where I thought my current fitness was and I thought it was possible on this course. 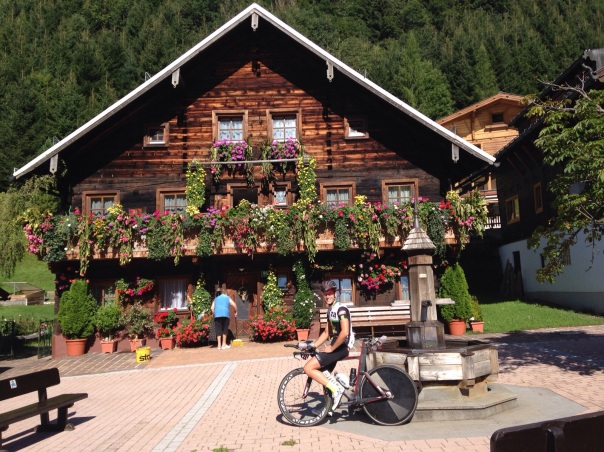 The race itself started well for me: I had the swim time I was aiming for roughly and set off on the bike leg feeling good. I pushed hard at the start as agreed with my coach and managed to get over the climb slightly ahead of schedule. I started the climb a bit harder than expected and disregarded the power numbers I was reading, justifying it to myself “It’s the World Champs, FULL GAS!!!”. That meant my power output was a bit high at the top of the climb, but I knew this would be averaged out with the descent. The first 5k of the descent were even steeper than the climb and you could smell brakes on carbon wheels all the way! Clearly confirmed triathletes are not made for descending and I managed to overtake quite a few people on the way down, always nice. The rest of the bike went well despite cramps in my thighs around the 75th kilometre and I was still hopeful for a PB when I started running.

Unfortunately it wasn’t to be as my breathing and stomach decided to play up. I couldn’t eat anything during the entire run and everytime I tried to push the pace I had to stop to get rid of stomach cramps. I very quickly realised today wasn’t a PB day, but decided to make the most of the atmosphere, seeing all my Singaporean friends and most importantly my family that was there to cheer me on. The finish time is good but not what I had trained so hard for, although I still managed to come 53rd in my age group. As my coach Arnaud​ said, great experience racing at such a high international level!

So although the race didn’t go as planned, I had a fantastic time before, during and after the event. The location was stunning, the team spirit was fantastic and the support from my family and Nix in particular was out of this world. I doubt that a lot of people also managed to see their wife 9 times during the event! It felt like she was everywhere and that made me get through the tough run so much faster.

Now onto some rest for me, some training for Nix’s next race and planning next year’s events!